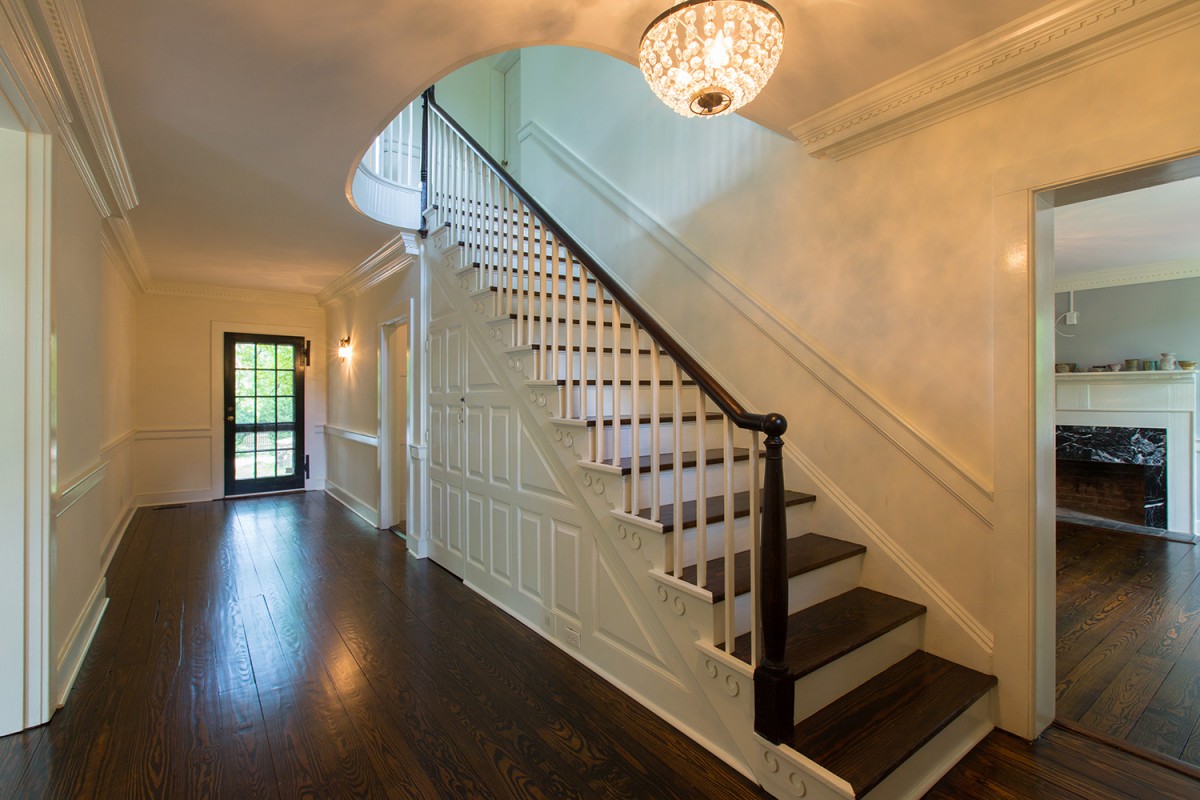 The wonderful thing about so many of Fredericksburg’s historic houses is that they are not museums but rather lived-in family homes. Lucky for us that the path through history for many of them has included their owners’ investment in sensitive restorations.

After Mark and Michelle Cook acquired 1200 William St. in November 2014, the rescue operation on which they embarked was not the typical one that involves the ravages of age and neglect, though there were certainly instances of that. After all, assuming stewardship of an 1821 Federal-style brick home requires a continuing commitment to maintenance.

But in this case, the home known as Millstone—named for the stone wheel that the Cooks recently rediscovered hidden in an overgrowth of backyard ivy—had taken an odd ownership detour…..

Read the complete article at fredericksburg.com

More about this project.

The Historic Restoration of 1200 William St.